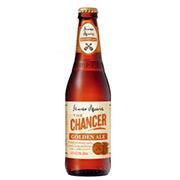 Embellished with textures of fruit and a dry finish, this ale is simply sublime and brewed to impress. 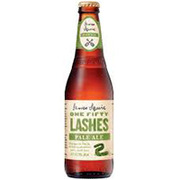 Made with the pleasant addition of a fruity essence, it’ll keep your guests entertained and you satisfied. 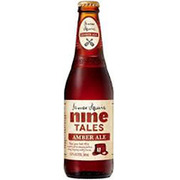 Exquisite in taste and pleasing to the eye. This copper coloured ale is something more than just an ordinary beer.

With a clean bitterness, this pale ale features a balance of mild malt, spices, grapefruit and floral aromas. Delicious Aussie salted beer nuts from our friends from Brewer's Nut Co, will go perfectly on a platter or just as they are with a cold beer. With delicately roasted eggplant this tapenade will be a winner with everyone, great as a dip or condiment with your favourite roast. 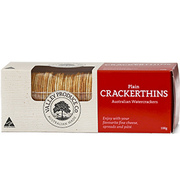 Produced in the beautiful countryside of the Yarra Valley, these crackers are perfectly thin letting the flavours of dips or cheeses shine. 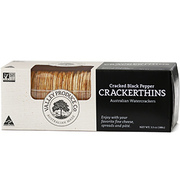 100% morish, these delicious and peppery cracker thins won't last long on your platter. An ideal partner for any dip, cheese or condiment. Made with lean 100% grass-fed Australian beef, this smokey beef jerky is perfect with beer! Made in the pristine Byron Hinterland. 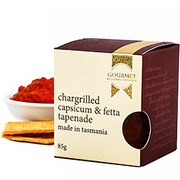 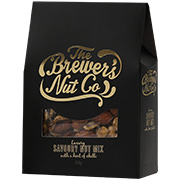 Know the second your hamper arrives with our FREE order tracking. From the warehouse to their door, you can track the entire delivery with ease. All gift hampers include FREE standard delivery Australia-wide. Take advantage of this incredible offer to show someone how much they matter. These custom-designed rustic wooden compartment crates are not only the perfect packaging for our hampers, they can also be reused as storage!

One of the most popular beers inside our Sydney gift hampers range is the Chancer Golden Ale. The beer is created in honour of Australia’s first craft beer brewer – James Squire. The beer signifies his charm, skill and luck, so this beer will make you happy just by taking a sip.

The various food pairings that are possible with James Squire the Chancer Golden Ale are definitely big contributors to what makes this beer great. The James Squire brewery recommends trying this particular beer with sea food, salad, nachos or even pizza!

Those who prefer a full bodied beer might choose the Nine Tales Amber Ale out of a large selection of craft beers. The James Squire Brewery believes that every man’s life tells a story, and they certainly tried to tell the James Squire story with this outstanding release.

The Nine Tales Amber Ale is based on the many lives Australia’s first craft beer brewer lives. During his lifetimes, he was known as a chicken thief, a convict, the governor’s bodyguard, baker, butcher, constable and of course a fantastic craft beer brewer!

Many beer lovers claim that James Squire Nine Tales Amber is the best beer in their range and we cannot say we disagree. The full bodied beer with a strong malt flavour is easily recognised thanks to its unique copper colour, but also through the caramel sweetness and the citrus notes that are quite present in the taste of this beer.

If you have never had a Nine Tales Amber Ale before, but are quite familiar with brown ales, then you could recommend it to another popular brown ale on the market today – more specifically the Newcastle Brown Ale.

Beer lovers who prefer craft beers with some fruitiness may appreciate the One Fifty Lashes Pale Ale the most out of the James Squire range included in our christmas hampers in sydney. The beer provides a fruity aroma thanks to the use of malted wheat and can be compared to another popular pale ale called Coopers Pale Ale.

James Squire One Fifty Lashes Pale Ale refers to the thieving history of Australia’s first craft brewer. However, the reason why he received 150 lashes certainly makes people change their opinion about the man in a positive way. Because he stole two barrels of ale to create his first craft beer, we are happy that James Squire only received lashes as his punishment.

When you want to combine the James Squire One Fifty Lashes Pale Ale with some gourmet meals, we can recommend seafood or fresh produce, considering this is a pale ale containing hops such as Amarillo, Willamette, Nelson Sauvin and Galaxy.

Considering the fact that James Squire once was a constable, it is no surprise that one of the beers of the James Squire brewery acquired the name “the Constable”. James Squire the Constable Copper Ale is a fitting blend of crystal and pale malts, and of course a selection of hops that deliver a certain bitterness to the beer. Naturally, the bitterness of the copper ale is not the only reason why many beer lovers go looking for this beer, because it also has a unique aroma of floral, citrus and earthy notes craft beer lovers find irresistible.

Similar to some of the blond beers on the beer market today, the Constable is a real thirst-quencher, something you would not expect from a rather dark beer. The trick of its thirst-quenching properties certainly lies is the combination of flavours and the careful selection of hops and malts that make this beer a winner.

Looking to combine James Squire the Constable with a meal? Be sure to try this copper ale with a nice piece of red meat, which will match the malts that have been used in the creation of this beer and the hops that provide the ale with additional balance.

Those with a preference for rich malt flavours and earthly floral aromas should definitely get a James Squire Stow Away India Pale Ale. Not only can craft beer lovers count on a strong malty beer, they can also fully enjoy the versatility this craft beer has become known for.

Due to the malty character of this pale ale, and a higher alcohol volume than most James Squire beers, the James Squire Stow Away India Pale Ale is simply perfect for rich meals. Therefore, we can recommend pairing this beer with typical British foods, including venison and duck, but also with Indian foods such as a real Indian curry.